According to the new Decree, from January 11th 2021, people will be allowed to use fireworks for holidays, New Year, birthdays, weddings…

Decree 137/2020/ND-CP that will take effect on January 11, 2020 will allow state agencies, organizations, businesses and individuals to use sparklers on Tet holiday, weddings, meetings, opening ceremonies, anniversaries, birthday celebrations, and cultural festivities.. However, the new decree classifies firecrackers and hand-held fireworks/sparklers and officially legalizes sparklers for civil use. Under the new rule, people are allowed to use sparklers only. Anyone aged 18 and older with legal capacity is allowed to the use of sparklers.

Classification of firecrackers and sparklers

In which fireworks can be used are defined as manufactured, handcrafted or industrial products, they create the effect of sound, light, colour that does not cause explosions when ignited, used typically for display or in celebrations. Sparkler is a stick with a coating of pyrotechnic composition that creates sparks when lit.

This information is receiving a lot of attention from a large number of readers when the Tet holiday is coming. To clarify the new regulations, Business Forum had an interview with Mr. Tran Anh Manh – Deputy Director of 21 Chemical One Member Limited Liability Company to discuss this issue.

According to Mr. Manh: This regulation has been put into study since a few years ago, but this year it will be officially applied and come into effect from January 11th, 2021.

Correspondingly, people are only allowed to use fireworks without explosions and can buy and use in units and businesses of the distribution agency of the Ministry of National Defence. Currently 21 Chemical One Member Limited Liability Company (as known as Z121 Factory) is an eligible enterprise assigned by the Government and Ministry of National Defence to produce, trade, import and export … Focusing on opening distribution points in cities under the jurisdiction of Central Government and a number of neighboring areas.

These 6 categories are often used in occasions: Holidays, New Year, Lunar New Year, birthdays, Christmas … weddings, conferences, opening and cultural activities. When fired, it will create a sparkling silver beam in a limit that glows according to the type of product and when it is ignited, it will not cause an explosion.

“For the impendence, to serve the upcoming New Year’s Eve, the company is concentrating with the highest forces and production intensity to partially meet the needs of consumers. On the other hand, the domestic market is undeterminable so this year, the company only produces the researched products with these above models. For the international market, the company is studying and cooperating with Japanese and Spain partners to launch many new products to meet the needs of individuals and organizations “- Mr. Manh shared.

In addition, note about the new point of the recently issued Decree, in Article 5 of Decree 137/2020/NĐ-CP also adds a number of prohibited terms in the management and use of firecrackers compared to the previous regulation. Specifically, acts of researching, manufacturing, producing, buying, selling, exporting, importing, storing, transporting, using or appropriating firecrackers (except for organizations and enterprises under the Ministry of National Defence is stipulated by the Prime Minister) are strictly prohibited.

Thus, from January 11th, 2021, people will be able to use fireworks without explosions, and at the same time this Decree also strictly regulates provisions on the distribution, purchase and sale of firecrackers. Accordingly, only organizations, units and enterprises under the Ministry of National Defence are eligible to trade, distribute firecrackers, fireworks and vice versa, it is illegal to sell or store fireworks, which are floating in the market and the violator will be sanctioned strictly according to law provisions. 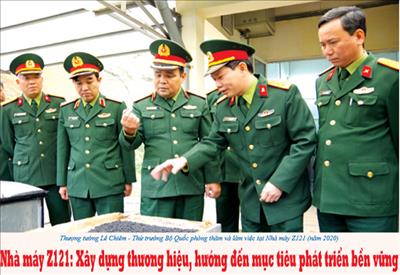