In the current period of national construction and defense, in order to survive and develop in the market mechanism, defense enterprises have continuously promoted their bravery and “Ho Chi Minh soldiers” intelligence in implementing economic production and defense production missions. Today’s marketplace has no gunshots, but is full of challenges that requires the commissars and commanders of each unit to have right policies and decisions to lead and direct the unit to repel all difficulties, successfully completed the task of production and business, contributing to building a strong and comprehensive unit. Z121 Factory – General Department of Defence Industry – the only producer of pyrotechnic ignition devices in the defense industry is such a unit. 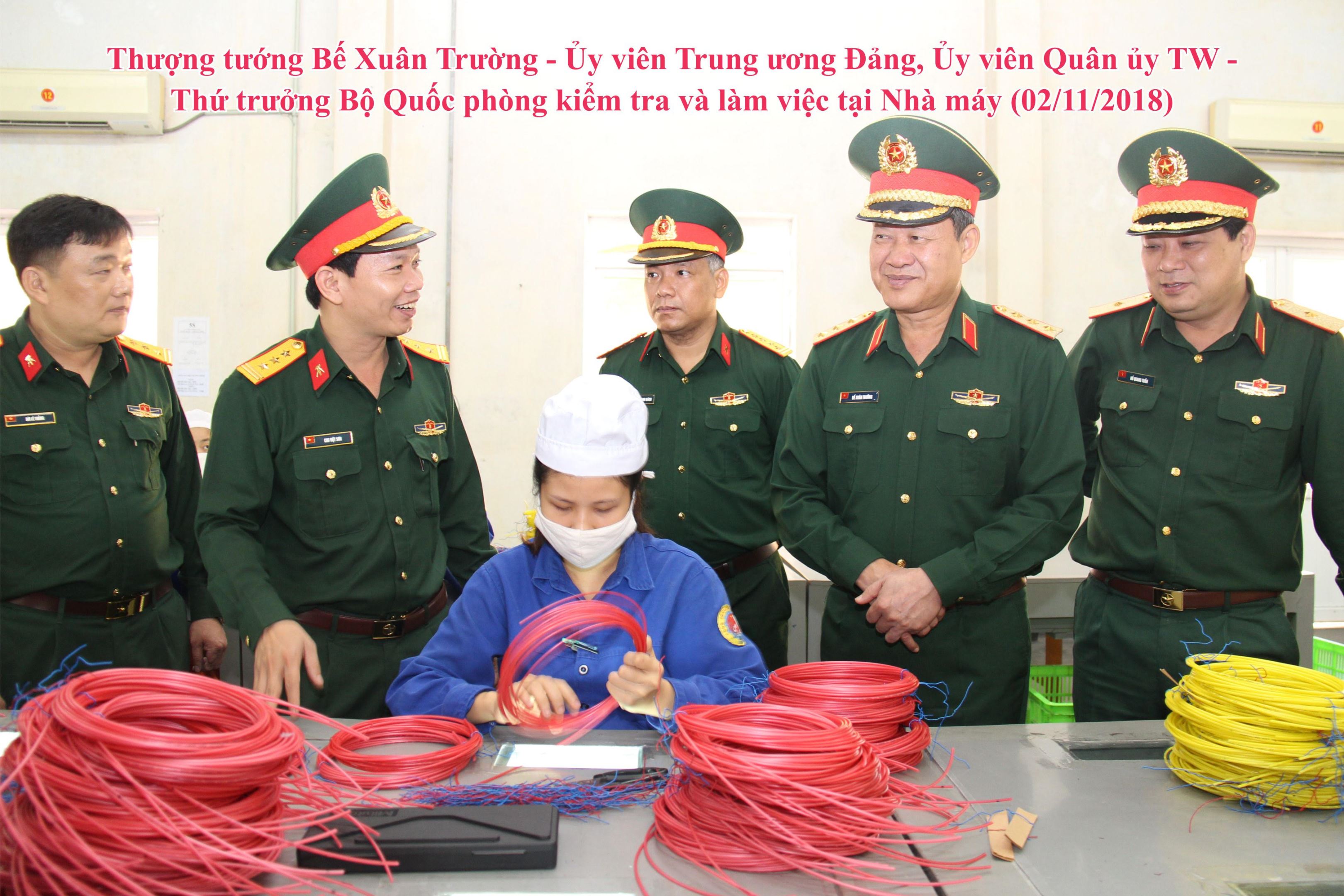 Z121 Factory was established on July 9th, 1966, stationed over 9 communes, 3 districts and towns in the Northern mountainous region. Over nearly 55 years of building, developing and maturing, with the spirit of solidarity, self-force, collective intellectual development, dare to think, dare to do, the factory is constantly developing and completing every task assigned by the superiors; awarded many noble prizes by the Party and the State, including twice being awarded the title Hero unit: Hero of the People’s Army Forces (1989), Labor Hero in Doi Moi (2004), together with many other noble medals…

Promoting the tradition of the twice-hero unit, along with the advantage of a defense unit with pyrotechnic ignition devices described as “the heart of weapons”, Z121 Factory has constantly risen, thrived and achieved outstanding results in the field of production and business by the effective organization and implementation of the Victory Emulation movement at the unit..

Over the past 5 years, the Party Committee and Commanders of the Z121 Factory have always been concerned in leading, closely directing the emulation and commendation work and the Victory Emulation movement, organizing the Victory Emulation movement regularly, continuously, planning to increase excellent individuals, directing the emulation movement’s content to successfully completing all the tasks of the unit, associated with the contents of promoting learning and following ideology, morality and style of Ho Chi Minh, the movement “Promoting the tradition, donating talents, being worthy of Uncle Ho’s soldiers”, the national standard program and patriotic emulation movements.

In order to ensure the successful completion of the annual main tasks assigned by the General Department to the Factory, and to arouse the spirit of completing the emulation of collectives and individuals with their assigned tasks, in organizing emulation movements, the Party Committee, Factory commanders required the affiliated units to clearly define the emulation goals by specific statistics, works, and products. The process of implementing emulation movements, commissars and commanders at all levels, mass organizations should regularly encourage production stages, directing the production unit to ensure semi-finished products in the first stage, products with high technical requirements, products with urgent progress requirements to ensure timely service for production and supply to the contractual units. For the task of producing and consuming economic products, the factory has boosted production to meet the needs of the market; especially products of great value such as: non-electric differential detonators, safety differential detonators, explosive wires … Actively promoting trade activities, expanding export of fireworks products and accessories to Japan, the US markets and exporting industrial explosives products to some countries in Southeast Asia brought the total export value to VND 190.2 billion (up 2.6 times compared to the period 2010-2015), of which fireworks took VND 110 billion.

5 years from 2015 up to now, the factory has focused resources on implementing 11 projects with the total investment of VND 1,476 billion, up to now there have been 6 completed projects, 5 projects in progress. In particular, the factory has self-reliantly overcome major incidents to implement the project “Investment in fireworks production lines and storage of defense materials” at a new location; to complete the project “Investment in the production line of emulsion explosives” and bring the product to the consumption market. These are strategic projects for sustainable development of the Factory.

With high efforts, the factory has always exceeded production and business targets every year, the growth rate of the following year is higher than that of the previous year. Total revenue in period 2015-2020 increases by VND 1,331 billion compared to the total revenue in period 2010-2015, the average growth rate is higher than the previous period by 6.64% / year; the added value increases by 5.7% / year; profits are maintained; average income reached VND 10.7 million / person / month, increases by 5.3% / year.

With the results achieved in the Victory emulation movement in the past 5 years, the factory was twice awarded the Emulation Flag by the General Department of Defence Industry (2015, 2017); 3 times awarded the title “Excellent Labor Collective” (2016, 2018, 2019); especially on the occasion of the 50th anniversary of the Unit’s Tradition Day (1966 – 2016), the factory was honored to be awarded the Second Class National Defence Medal by the President of Vietnam. In the overall achievements of the unit, there were 856 collective turns, 11,574 individual turns of the Factory awarded by superiors levels.

Towards the 55th anniversary of the Z121 Factory’s Tradition Day that will take place in 2021, the Factory’s officers and employees are more eager to emulate, determined to successfully complete the economic – defense tasks in 2020 – 2021 and to build a strong and comprehensive unit and contribute to the development of the defense industry in a new period. 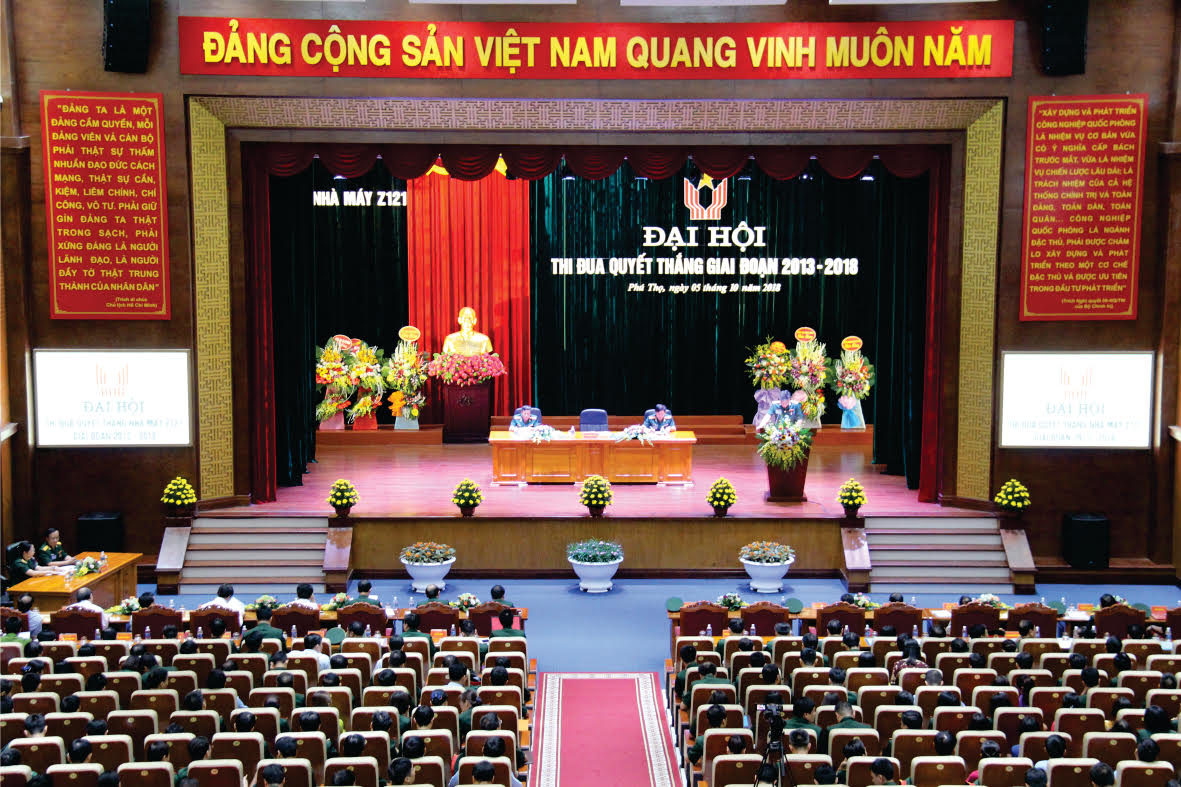